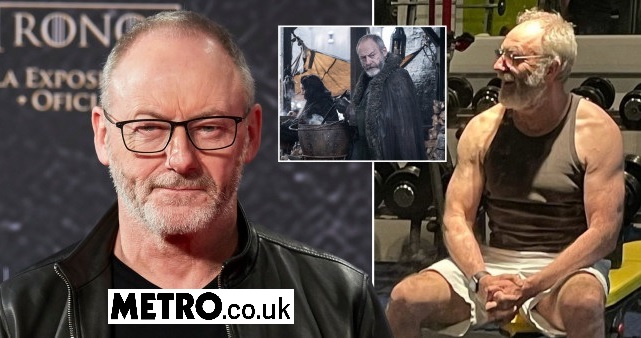 Liam Cunningham has blown fans away with his muscular physique after hitting the gym hard before turning 60.

The Game of Thrones star celebrated his milestone birthday by sharing a photo of him sitting on a weight bench at the gym in shorts and a vest.

He joked: ‘Keeping rigor mortis at bay as 60 is about to hit me like an eighteen wheeler! Huge thanks to Paul and Siobhan at @bodybyrne.’

Liam’s fans and friends were stunned at how ripped the actor’s arms are, with Keith Duffy commenting: ‘Your hard work has certainly paid off. Looking [fire] Liamo.’

Liam was on the show for seven seasons until the controversial ending and is set to play Man-At-Arms in the reboot of Masters of the Universe: Revelations with Christopher Wood voicing He-Man.

Get in the know

Get our health, nutrition and fitness tips straight to your inbox.