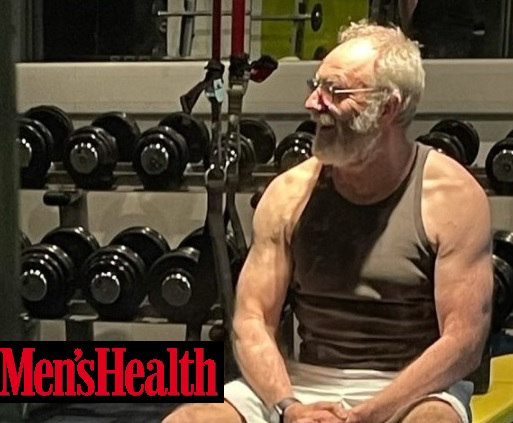 Liam Cunningham, perhaps best known Game of Thrones’ Onion Knight, Davos Seaworth, uploaded a Instagram photo recently showing off his muscled arms. The 60-year-old actor said he was “keeping rigor mortis at bay,” even though he looks like he’s doing way more than that.

The picture shows Cunningham sitting in a gym with a rack of dumbbells behind him, wearing a sleeveless shirt and smiling. In his full caption, Cunningham said, “Keeping rigor mortis at bay as 60 is about to hit me like an eighteen wheeler!” With those arms, rigor mortis should actually be scared of Cunningham. Age really is just a number when you’ve put in the work like he has. The actor then thanked his personal trainers Paul and Siobhan.

Cunningham spent seven seasons on Game of Thrones, all the way up to the controversial ending (and yes, there’s still a prequel series coming). He’ll play Man-at-Arms on the upcoming reboot of the ’80s show Masters of the Universe: Revelations with Christopher Wood voicing He-Man. From the first images, the show appears to be a faithful adaptation. Part 1 of that show premieres July 23.

Get in the know

Get our health, nutrition and fitness tips straight to your inbox.