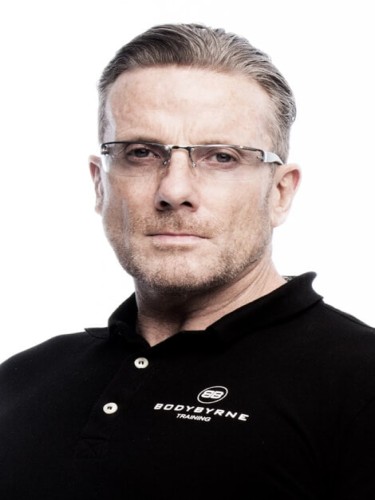 Paul has been working out now for over 33 years and has been training others for almost as long. He…

Paul has been working out now for over 33 years and has been training others for almost as long. He has studied and tested in all areas including physical training, nutrition and recovery. "Theories are great, but what counts are real results in the gym and your body, and that is why after testing practically every method there is, I have kept only the techniques that consistently produced positive results time and time again." It is these techniques that have helped him and others win many physique titles. Paul Byrne has won numerous physique classes in Mr. Ireland, Mr. Northern Ireland & Mr. Titan UK. He is also six time Irish Karate Champion; twice the European Karate champion and holds a very impressive 3rd Dan Black Belt. Paul is renowned for his tireless charity work from Marie Keating Foundation to Irish Autism Action to Crumlin Children's Hospital which are all very close to his heart. He has successfully climbed the Inca Trail to Machu Picchu raising money for Irish Autism Action and climbed to the top of Kilimanjaro to raise money for the Crumlin Hospital for sick kids and cycled Geneva to Monte Carlo for Irish Autism Action. He has also completed 2 Iron Man 70.3 both in under 6 hours for Irish Autism Action as well as 3 Marathons in under 4 hours and numerous amounts of Olympic distance triathlons and also trained and helped many people to compete in these events. Paul has trained everyone from Olympic athletes to beginners to get them in the best possible physical shape. As well as BodyByrne Paul is the President of NABBA Ireland (National Amateur Body Building Association) and President of the World Fitness Federation Ireland. He is a regular judge at the Mr. Universe competitions and world fitness contests. 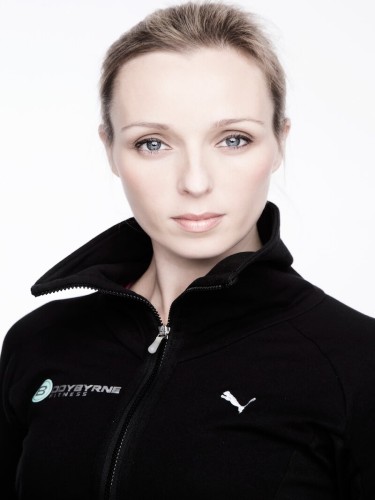 Siobhan is director and coowner of Bodybyrne Fitness... and a full-time trainer. She is a brand ambassador for Puma and…

Siobhan is director and coowner of Bodybyrne Fitness... and a full-time trainer. She is a brand ambassador for Puma and has been involved in the fitness industry for over 10 years. With a background in Kickboxing Siobhan has competed in tournaments around Ireland. Siobhan is an experienced certified trainer and has even made the transition to tri-athlete winning the female relay in Iron Man 2012. She is a regular columnist and TV panelist discussing diet and training. 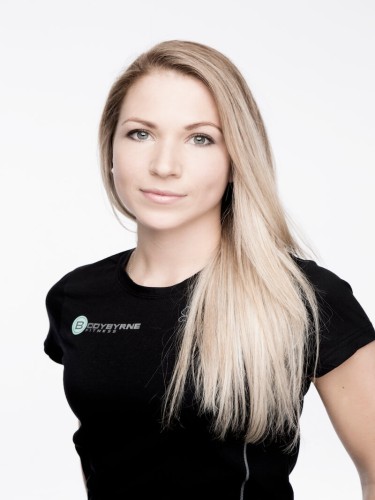 Our wonderful Manager Santa manages the studio for BodyByrne Training. She will advise on booking options and liaise with your…

Our wonderful Manager Santa manages the studio for BodyByrne Training. She will advise on booking options and liaise with your trainer to ensure you have the best experience possible at Bodybyrne Training. She's keen to hear your feedback and will gladly answer to any questions. Santa recently graduated the Riga International School of Economics and Business Administration – RISEBA - with a Professional Bachelor degree in Public Administration and is qualified in Public Relations and Advertising Management. She's currently studying Business Studies in Dublin Business School.